30 x 40 cm
acrylic on canvas
2012
One day this image came into my head. Some very large submarines beached on a remote coastline. Like whales who took the wrong course. Where does it come from? I don’t know. Sometimes I very carefully think about an image and make many sketches. Sometimes, an image is just there, without any conscious reflection. A world in a world, cruise ships are like a tiny utopia disconnected from the world. Especially those luxury ships with cinema’s, casino’s and 20 different restaurants, tennis courts, swimming pools, etc. What if the ship struck a rock far in the Pacific ocean and had to remain there forever? Oil rigs and Polar stations have a similar feeling. That idea of a mini-society lost at sea, has some romantic appeal I think. Isn't the world itself one big cruise ship and we its passengers? available, € 840,- 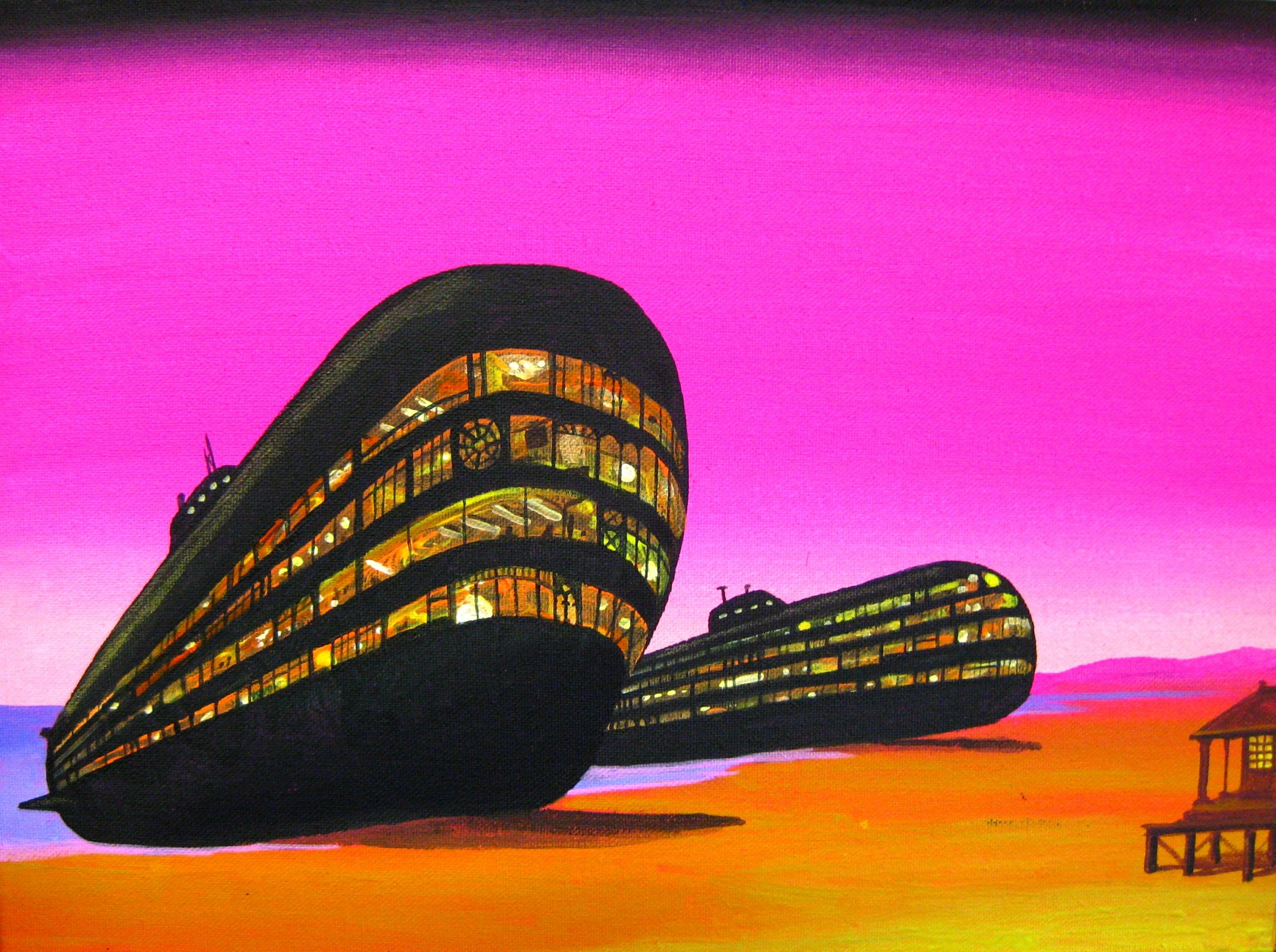