240 x 170 cm
acrylic on canvas
2013
All-powerful men in history wanted to leave something for eternity. Who doesn’t want to leave something behind, to leave a mark of one's existence? Whether by building a fortune, a house or by humanitarian efforts or making art? In this painting, you can see all the different ways how architecture helped the stories being told. But how long can we continue building? Architecture tells so much about a civilization, who are its leaders and what are its morals. Monumental architecture is almost always an expression of power and power relations within a given society. It isn’t by chance that what remains of the Middle ages are primarily its castles and churches. And that the most magnificent buildings of our time are skyscrapers owned by the ultra rich. The West has built a magnificent civilization. This civilization in turn builds on many older civilizations and crushed many others in its wake. It continues to build and expand. But towards what? The history of civilizations is that they rise and fall. Even Egypt after thousands of years, Babylonia and Rome after centuries, eventually fell. And new civilizations grew on their ruins. What is to happen with our very own society? The biblical story of the Tower of Babel tells about a group of people that grew strong and proud so they decided to build a city and a tower that reached into the heavens. When God noticed their efforts he considered it a threat. He said: “nothing will be restrained from them, which they have imagined to do”. So to avoid the danger of a too-powerful humanity spread division of languages among them so they would never be able to unite and finalize their grand plans. This is a pretty weird story of which there are many variants found in ancient History. Very interesting is God’s remark about humanity: our imagination can bring us anywhere they like, beyond any ‘final frontier’. Humans are extremely powerful, especially when they act in harmony. So would that mean the only thing that keeps us weak are our divisions? available, € 4.920,- 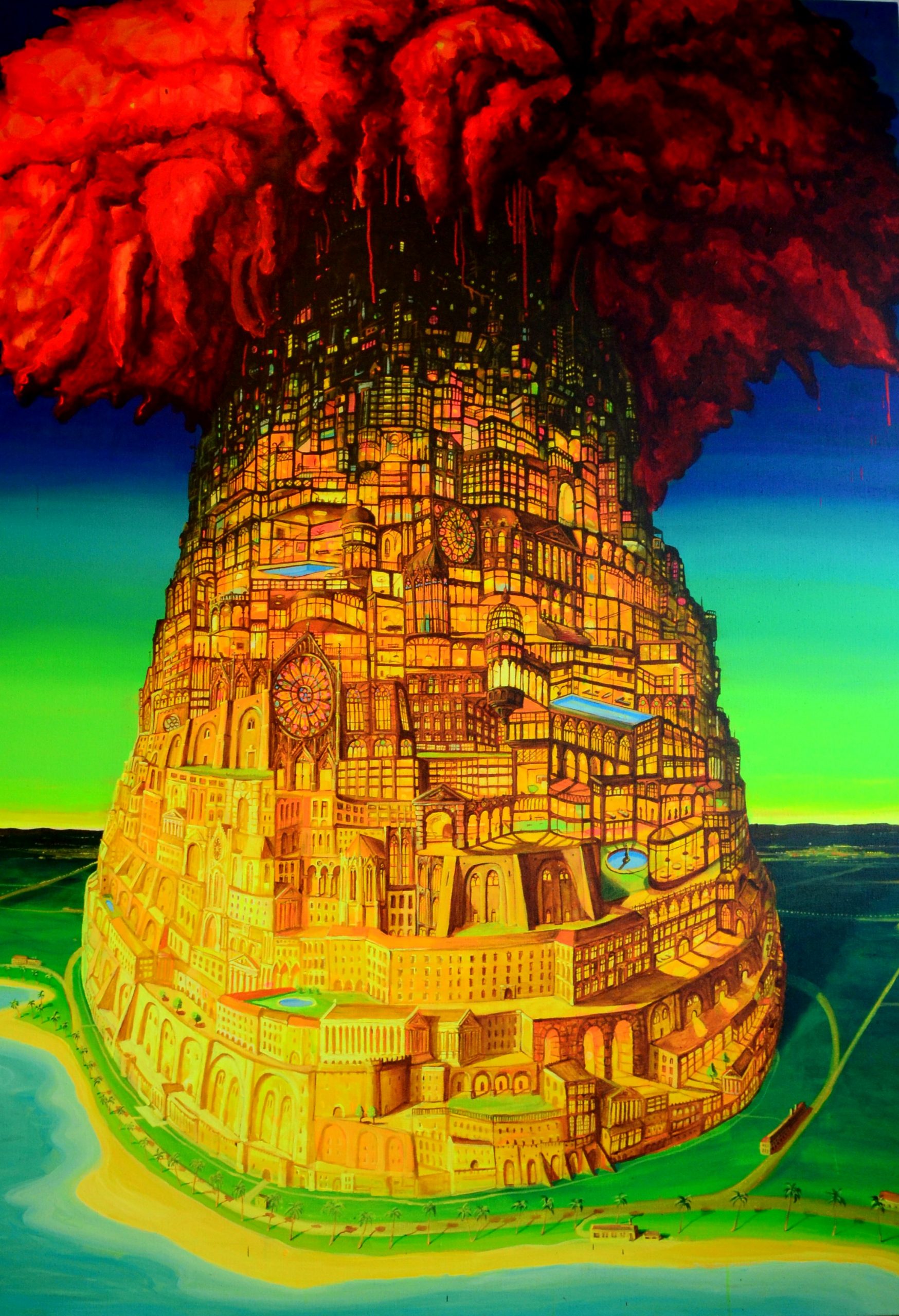