40 x 30 cm
acrylic on canvas
2021
You may wonder what that 'jellyfish' is doing in the sky above Gaza. Unfortunately, it is not surrealism at work here. It is what the very real use of White Phosphorus looks like when employed by the IDF, the Israeli army against the population of Gaza in 2009. Its official use is to create smoke screens on the battle field or to illuminate targets during night battles. Used against people however it is seen as chemical warfare, banned by international law..The glowing phosphorus kills and maims indiscriminately and creates extreme burns. Not only Israel has used it against people, but a.o. also the US in Syria and Afghanistan and Russia in Chechnya. available, € 840,- 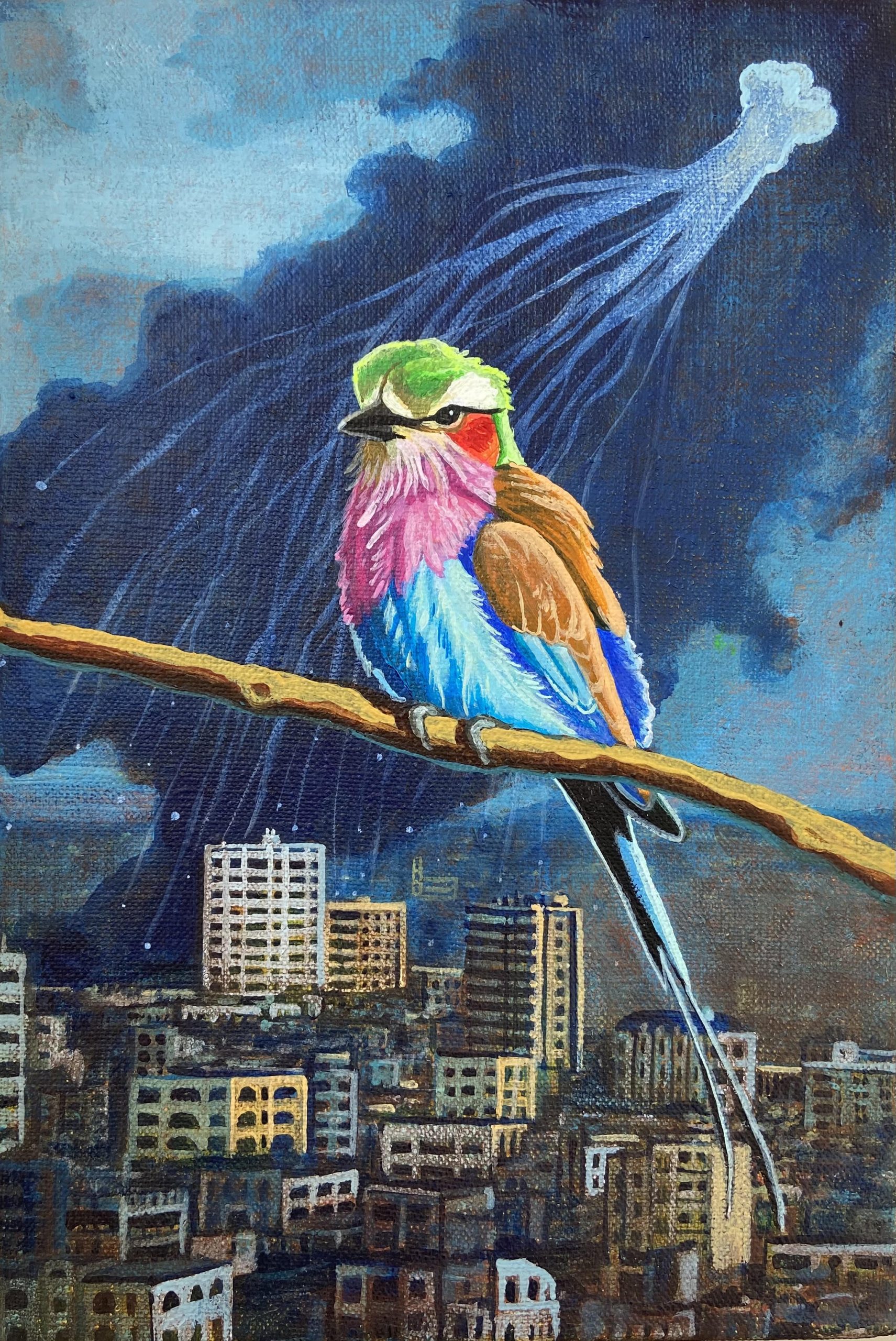