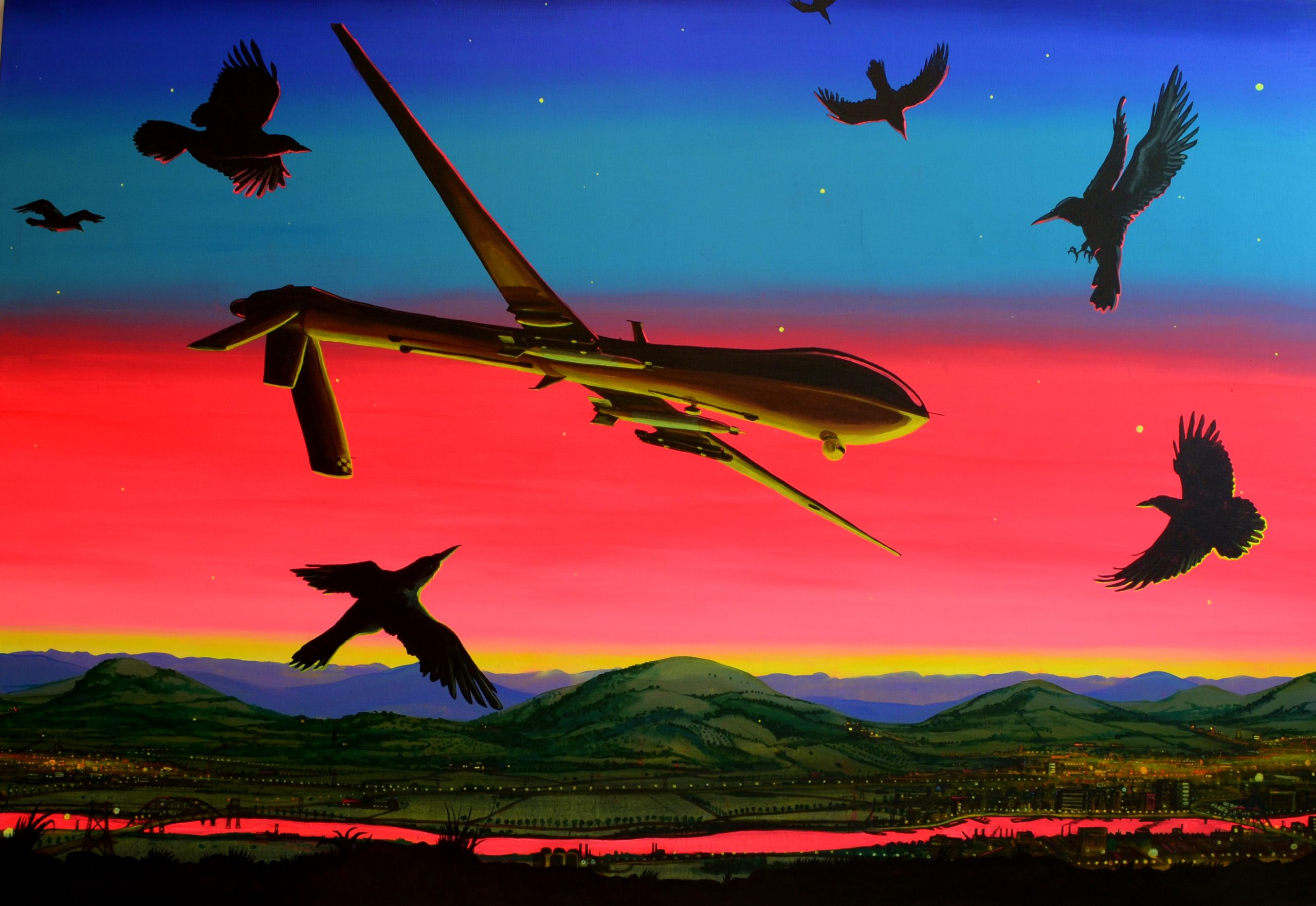 170 x 250 cm
acrylic on canvas
2013
I once met an activist from Baluchistan, a part of Pakistan. He had lost family in a drone attack by the US. He told me that life was not the same anymore since these attacks started. Everyone constantly hearing the drones buzzing above, nobody safe, not in schools, hospitals, at weddings or at home. Always afraid a strike might hit. How come we rarely hear these stories about US crimes? The "Reaper" that's how this drone is officially and unironically called. It's exactly what it is. As a grim reaper, this drone by the US has been used to hunt down real and imaginary ‘terrorists’. Many drone pilots, although working thousands of kilometres away in game-like settings, got severe PTSD from what they did and saw on camera. available, 4.920,-