175 x 250 cm
acrylic on canvas
2012
This painting has been the subject of much discussion and conspiracy theory on social media. Without my intention, however. It used to hang in the office of my brother, former Dutch 'corona minister', so it prominently appears as a background in many video interviews with him. The government measures to curb the spread of the virus were not very popular among many groups in society. Everything about his life has become under scrutiny by the internet sleuths, conspiracy thinkers, and critics. Including the very meaning of this painting of mine, whoch was interpreted in a very dark and evil manner. However, it has nothing to do with corona. It was inspired by my work at that time at an organization that was campaigning against the use of detention centres to lock up irregular migrants. These detention centres are depicted. The beautiful birds are a symbol of the many broken lives inside these centres. available, €4.920,- 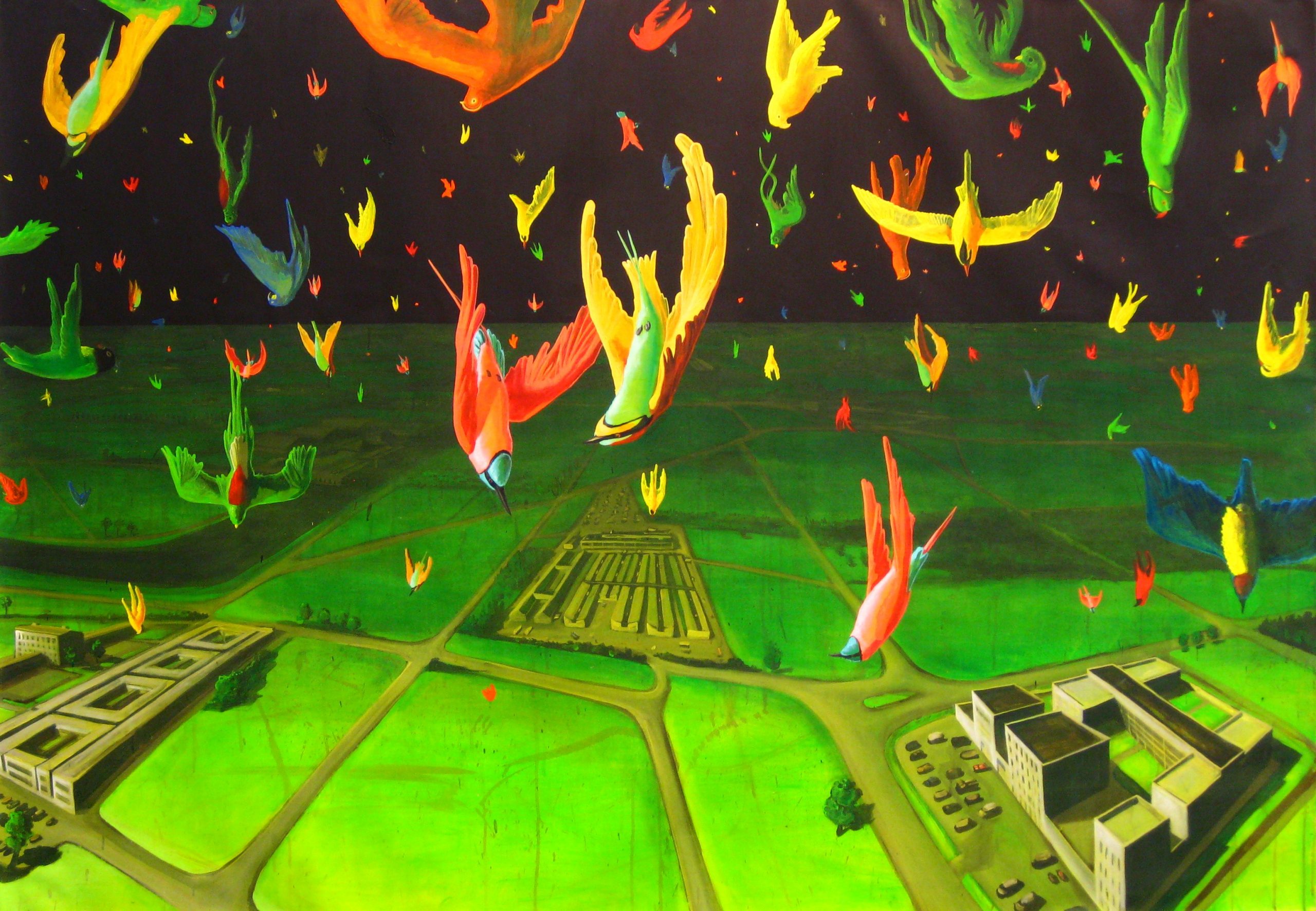