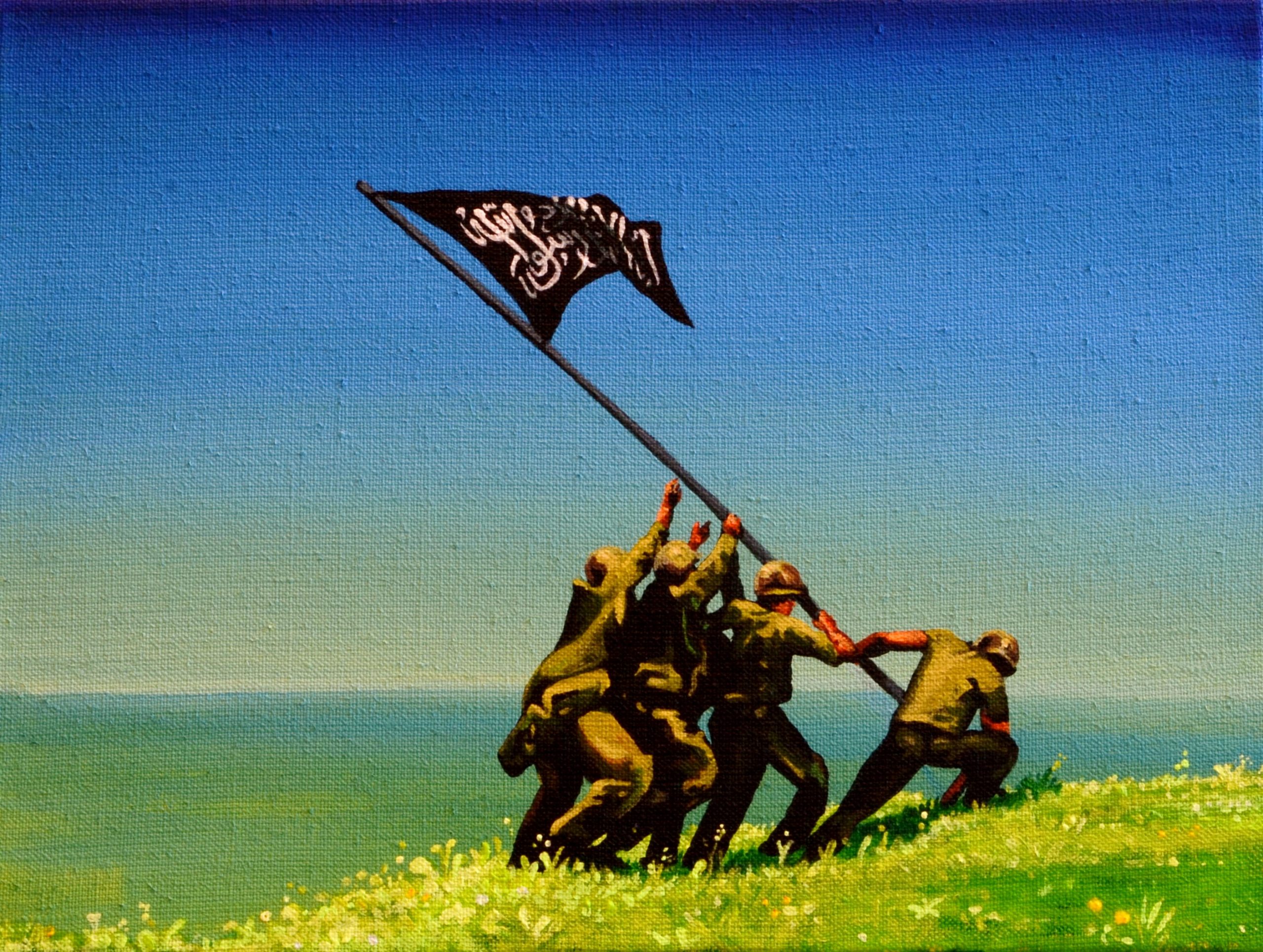 30 x 40 cm
acrylic on canvas
This work is called victory. But when is something a victory? On May 1st 2003, then-president Bush declared victoriously after the Iraq invasion: “Mission accomplished”. That so-called ‘victory’ for the US turned out to be the start of decades of US occupation, sectarian civil war, and the rise of several extremist terrorist groups, the worst of which was ISIS. We can't even comprehend in full the entirety of human suffering caused by Bush’ 'victory', declared that day. Despite this sombre statement I strongly believe we can end this cycle of violence and abandon armed conflict forever. That would be a real victory, I think. available, € 840,-